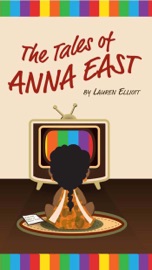 The Tales of Anna East

Meet Anäis. She is smart. She loves her job. She gets up in the morning to go about her day but somewhere around noon finds herself asking, “Did that man really say that? Did that really happen? Am I living a television series?” Author Lauren Elliott has written an intriguing American story of a woman of color. She addresses head on that being black in America, no matter what some people might say to the contrary, means understanding that normal life issues sometimes become melanin issues that pop up at the strangest times. The Tales of Anna East will be recognizable to many; at times hilarious, at times distressing, and at times completely absurd.